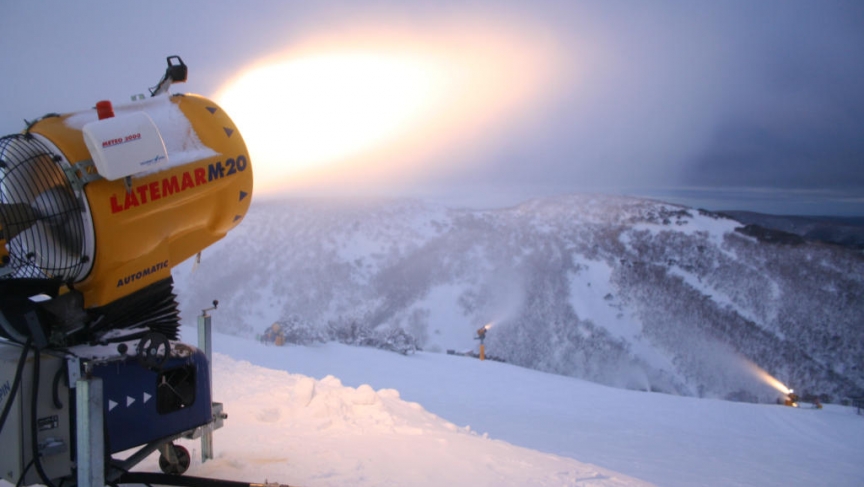 The organizers of the games in Sochi, Russia, promise that there will be snow for the winter Olympics that start there next Friday.

They’re hoping it’s mostly real snow, but they’ve also got hundreds of artificial snow makers at the ready, not to mention mountains of snow stored from last winter.

But snow isn’t enough. You also need a venue that can handle an influx of tens of thousands of people, and a location where the facilities will still be useful after all those people disappear.

That’s been a tough equation, even in the relatively stable climate since the first winter Olympics were held in 1924.

But global warming will only make it worse. How much worse?

A group of researchers led by Daniel Scott, a professor of Global Change and Tourism at the University of Waterloo in Ontario, has just co-authored a report called The Future of the Winter Olympics in a Warmer World.

It looked at the 19 cities that have hosted the games over the last 100 years, and looked forward under various climate change scenarios. What they found, Scott says, was that by mid-century “instead of 19 host cities being climate reliable, now we were down to about ten or 11. And then, when we looked further into the century under the sort of warmest scenarios, we were down to six of the original.”

Scott and his colleagues looked at two key factors.

Credit: Pawel Kopczynski/Reuters
Snow guns wait near a track at the Aibga Ridge, part of the Sochi 2014 Winter Olympics complex. Olympics organizers will have hundreds of artificial snow machines ready in case there isn’t enough of the real stuff. But even snow making may not help possible future winter Olympics.

One was snowpack — the likelihood that the mountains in the Olympic site would be able to maintain a bare minimum snow pack of at least 30 centimeters, or about a foot of natural or man-made snow.

The other factor, of course, was temperature, the likelihood that daily low temperatures would remain below freezing.

The farther they looked ahead into this century, the harder they found it would be to find places where both of these are reliable.

Of course, winter Olympics hosts have always faced weather challenges, and they’ve come up with lots of strategies and technologies to deal with the vagaries of even ordinary winter weather.

But Scott says there are limits to our ability to innovate our way past the challenges of a shrinking winter. For instance, he says, “you can make the snow at warmer temperatures in things called snow production plants, but when you put it out on the hill, you’re subject to the same melting.”

But the study only looked at the 19 places that have already hosted the winter Olympics.  Those can’t be the only good locations for the games, right?

“It’s hard to find suitable places around the globe,” says Robert Steiger, a geographer at the Management Center Innsbruck, in Austria who worked with Daniel Scott on the report.

Steiger says it’s never been easy to locate the winter games. He says even his city of Innsbruck, which has hosted the games twice, in 1964 and 1976, probably couldn’t handle the influx of people that come with the mega-event that the modern Olympics have become.

So the winter games likely won’t be heading to more out of the way spots where there’ll still be snow. Don’t expect, for example, a winter Olympics in, say Greenland.

“To hold the Olympics in Greenland, the problem is, do you have the infrastructure, cities that are big enough, how do you get there, and so on,” Steiger says

Steiger and Scott do take heart in the likelihood that even in a significantly warmer world by the end of the century, there will still be at least six strong winter Olympic venues.

But as winter retreats around the world, it raises another big question. Even if you can still hold the winter Olympics, will anyone care?

“You may not be used to snow anymore in 50 years from now in some regions of the world,” Steiger says, “and then the question is, how interesting are winter Olympic games? It could be that it’s not any more a mass sports event.”

Of course, not to put too fine a point on it, but if winter is that rare in much of its former range by then, we’ll probably have much bigger problems to deal with than whether or not there’ll be winter Olympics.